Integration between the heart and the mind

heart and the mind 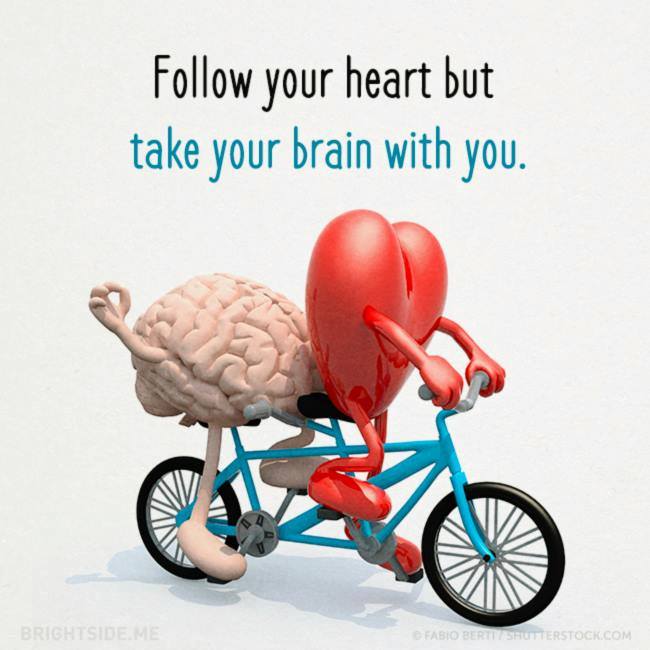 The human emotional field holds a broad spectrum of expression, from sublime and distillate emotions of grace, compassion, empathy, unconditional love and exhilaration, down to emotions that are of a low and negative vibration, such as fear, jealousy, guilt, shame, resentment, hatred, feelings of victimization, grief and more...

This is a full spectrum of emotions that characterized the human experience, and is presently changing. We are found within a time of change, transforming over into a New Era that open a whole new chapter for the human expression upon Earth.

A lack of balance between the emotional and mental fields

Thus, one's energetic fields, mental and emotional expression become imbalanced, and are being led by logic, reason, mental templates and an analytical mind that overrides emotional expression. In this manner our emotions are not free to balance and enhance the mental expression, making it difficult to actualize a full and expansive presence.

The new era brings us tremendously enhanced mental abilities. Often this strength meets a ridged and limited mindset that uses logic and reason. When this happens, the enhanced mental strengths and abilities keep us trapped within the constraints of a limited perception of reality that revere the analytical mind, which is limited by a glass ceiling.

This is an endless circle, in which knowledge is worshiped, granting a sense of security and worth, creating the perception that knowledge is power and this power is necessary due to an environment that is perceived as threatening.

When knowledge is acquired to establish the glorification of self, based upon lack, survival, and competition for resources, the path that transforms knowledge into wisdom is blocked, preventing the realization of new discoveries based upon higher realms of consciousness.

Alternatively,  the enhanced mental abilities, can meet an open and flexible mental field, holding abilities of active awareness, a willingness to grow, and an expanding consciousness. In this state, one can experience and get familiarized with new possibilities. Thus, transforming knowledge into wisdom, and getting exposed to a broad spectrum of intelligence that opens up gateways to new dimensions of reality.

In order to move on towards higher dimensional realities, we need to integrate the different facets of expression, so that the expanding consciousness and enhanced thought may be supported by a transformed and evolved emotional system, presenting a “mature” emotional body that holds depth, openness, and expansiveness, connected to the unity found within all. This allows for the establishment of a knowing heart that holds significance, empathy, grace, generosity and unconditional love.

At this state, the emotional system becomes a factor that balances the enhanced mental array. This balance is maintained by continually coordinating the mental channels, by adapting them to the values of Enlightened Heart and Holism that emanates from a conscious heart and the emotional field.

The completion of missing areas and the activation of atrophied areas

Today, much of humanity is faced with the need to perfect and activate areas within the mental and emotional fields that have become atrophied, emasculated, or limited by repression, avoidance and fear.

There are those who hear an inner call to focus upon the mental array, to awaken mental abilities, releasing limiting thought patterns while establishing awareness; creating mental clarity and focus that support the development of consciousness.

There are those who hear an inner call to focus upon the emotional array, to heal and release defense mechanisms; learning to feel comfortable with a broad spectrum of new emotions that emanate from inner reconciliation, acceptance and inner peace.

Throughout this process, an inner completion of data is created, facilitating the integration of all facets of the self, establishing inner harmony and creating balance, where all of the emotional and mental expressions are harmonious and support one another, balancing and enriching each other, as complete and independent fields of expression that know to fluctuate as one, while approaching new spectrums of vibration.

In this state of being, thought supports emotions, and emotions support thought, as two central channels of expression that complete one another, facilitating a new expansive and harmonious perception of reality.

AT times, in order to force our emotional system to express “positive” emotions, we unconsciously activate it by using the mental array.

For example: If the emotional field is undeveloped, making it difficult to express empathy, grace or compassion towards others, one will create a mental conditioning that holds self-judgment, belittling, and self-flagellation. These mental stipulations give birth to an emotional feeling of guilt, which will lead to a sense of empathy for others. Thus, the sensitivity and empathy stems from a negative mindset, creating a negative emotion that “judges” the self, eventually leading to a feeling of “benevolence” towards others.

This described mechanism is a compensation mechanism, motivating the emotional field with the help of the mental field. These systems are activated and based upon polar and negative assumptions of self-rejection.

An additional example is when one's ego holds a tendency for destructiveness and the misuse of power, coupled by a rise in personal power. When this occurs, one may unconsciously create an emotional overload that reduces and restrains the growing power, thus creating a control mechanism. This example also shows us how emotional overload compensates for a lack of transformation of a controlling and aggressive ego, by utilizing a polar and dense scale of emotions to force the ego to restrain itself.

There are many different examples…

Each and every one of the readers can see within himself personal mechanisms based upon such compensational systems.

The integration of the mind and heart – enrichment and balance

The evolution of the emotional field, our willingness to release past residues and heal our wounds, allowing for the transformation of defense mechanisms while remaining dedicated to experiencing new emotions, leads to the awakening of a new emotional field. This facilitates an inner movement that is free of attachments, enhancing an internal awakening that emanates from an open and aware heart, an inner knowing that holds worthiness and a connection to the unity embedded within all.

This creates a state of being in which the mind becomes a positive catalyst, using active awareness, a broad perspective, and self-worth, emanating from a connection to essence, meaning, vision, values and mental abilities – all of which are used to assess and supervise the self, creating inner and aware guidance.

Thus, reciprocal relations are established between the mind and heart, creating mutual enrichment and an inner equilibrium that springs from all that is.

As we move forward

This is a period in time that allows the emotional system to heal, creating an inner reconciliation and the releasing of past residues, in favor of a new and harmonious emotional foundation that holds fortitude and independence, grace, exhilaration and love.

This is a period in time that facilitates the ascension of consciousness, an expansion of mental abilities, exposing a broad spectrum of new possibilities being revealed before our eyes.

The ability to heal stems from the readiness to dream, releasing fixated self-perception, and embracing a new self who is in tune the distillate Active Will and aware Heartfelt Desire.

We are all invited to integrate the forces active within, learning to build an inner bridge that leads to a new state of being – the human of the new era, whose heart and mind are united with the divine essence and secure presence.

Yours with much love