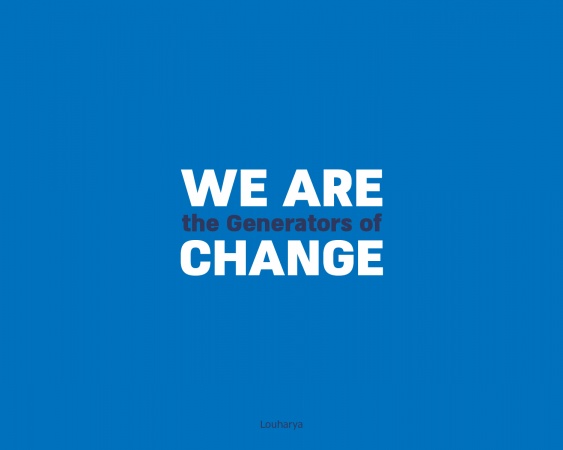 One of the phenomena that emerge when facing a conflict that involves violence, drama, struggle and an unstable reality, is the need to take sides and define things in an absolute manner as "good" and "bad".

The dichotomous division into "good" and "bad" provides the psyche with a sense of justice, control, orientation, certainty, and purpose, and provides an experience of belonging to the side which is "right" and "just", and must be protected.

Belonging to a particular side creates an emotional reward that people are thirsty for.

It is an emotional reward that nourishes the mind and psyche, providing a feeling of being connected to something greater than the individual self, and enhances faith and a sense of power and fervor.

Hatred can also nourish the mind with a sense of power, but it is an illusory feeling when in practice it is a negative emotion that poisons the mind and ends up consuming the person from within, and leaving them feeling empty and disconnected from their cosmic source.

In the age of social media, the growing desire for belonging creates a ridiculous and reckless phenomenon of taking sides as a popular trend that gives a feeling of being up-to-date.

In practice, taking a stand is often based on ignorance, superficiality, trends and partial information, and fake news.

We see celebrities and influencers, who with blatant irresponsibility, insist on taking sides on issues they are unfamiliar with, and drag their followers who want to feel accepted and cool, creating a bias of public opinion that leads to a superficial, polarized, and emotionally charged discourse.

The psyche's desire to take sides in an absolute manner that is categorized as "good" and "bad", while delegitimizing the "other side", often occurs when couples divorce and those around them feel a need to take sides. This phenomenon is also known in conflicts between political groups and also in the broader arena of wars and struggles between nations and peoples.

This narrative accompanies the collective subconscious of humanity and deals with the war of light against darkness, without realizing that the whole spectrum - beautiful and ugly, heavenly and monstrous -  reflects the human race.

Every light has particles of darkness.

In every piece of darkness, there are particles of light.

Nothing is fixed or absolute, but rather everything is in continual motion that we shape through our choices and the way we perceive ourselves and reality.

This tendency to categorize "good" and "bad" in an absolute manner, does seem to make sense for the psyche which seeks certainty and absoluteness, and it is very convenient - but it is a childish tendency that ignores the fact that reality is much more complex and layered and in fact, does not have one absolute truth.

Living in a layered reality, which is not unequivocal and dichotomous,  requires people to invest in their consciousness and take responsibility.

It requires being wakeful and intelligent.

It requires patience, tolerance, and restraint.

But the majority prefer the catharsis provided by belonging to one side.

Many do not want to make an effort, invest in their consciousness, and take responsibility for their contribution to shaping reality, thus accepting the predigested content by interested parties and swallowing it without blinking, or thinking twice.

Especially these days, within the chaotic and violent reality in which we find ourselves in,

we see the flat, and absolute categorization that I am describing.

This polarized discourse is part of an ongoing trend where the actors change but the voice is the same: a voice of separation, hatred, and venting of frustration and negative emotions:

Especially these days, it is important not to generalize - let us look at the processes with a mature and awake eye and understand that the real effort should be devoted to building bridges based on connecting those whose vision is one of reconciliation, dialogue, integrity, mutual respect, respect for democracy, and universal values.

People connected to this vision are on all "sides" of the conflict.

These people are the majority: quiet, frightened, desperate, who don’t see any change on the horizon. And next to them is a growing public whose heart is full of hope and whose mind is clear and connected to vision. A public that is not deceived by the mechanisms of mind control and dreams of a broad-minded and civic vision that represents progress and enlightenment.

The generators of change are already here. This is a public that seeks to establish something new, to break free from this endless circle and nurture leadership that does not present a polarized image seeking to separate, intimidate and govern, but rather builds a bridge based on purity of intent, hope, and enlightenment.

If you read these things and connect with them, then you are part of the generators of change.

Let us be the new leaders, and agree not to take part in the role-play of "good" and "bad". Let us enhance a sane civic vision that connects everyone whose soul desires to grow into a new future and whose mind is open to contain that it is possible.

What we create - shall become!